Why trying to time the market could lead to bigger losses

I’m sure many of my clients have heard me make the following statement ‘its not timing the market but time in the market that counts’.  I think this truth is especially important in today’s climate when your emotions may be pulling you around a little.

To add justification to this statement I’d like to share a couple of charts that show the benefits of staying invested during the tough times and why trying to time events may make matters worse in the long term.

The graph below shows what has happended to £100,000 invested into a cautious managed fund on the 8th March 2009 to the 20th March 2020.  As can be expected, over an 11 year term there have been good days and bad days in the markets. 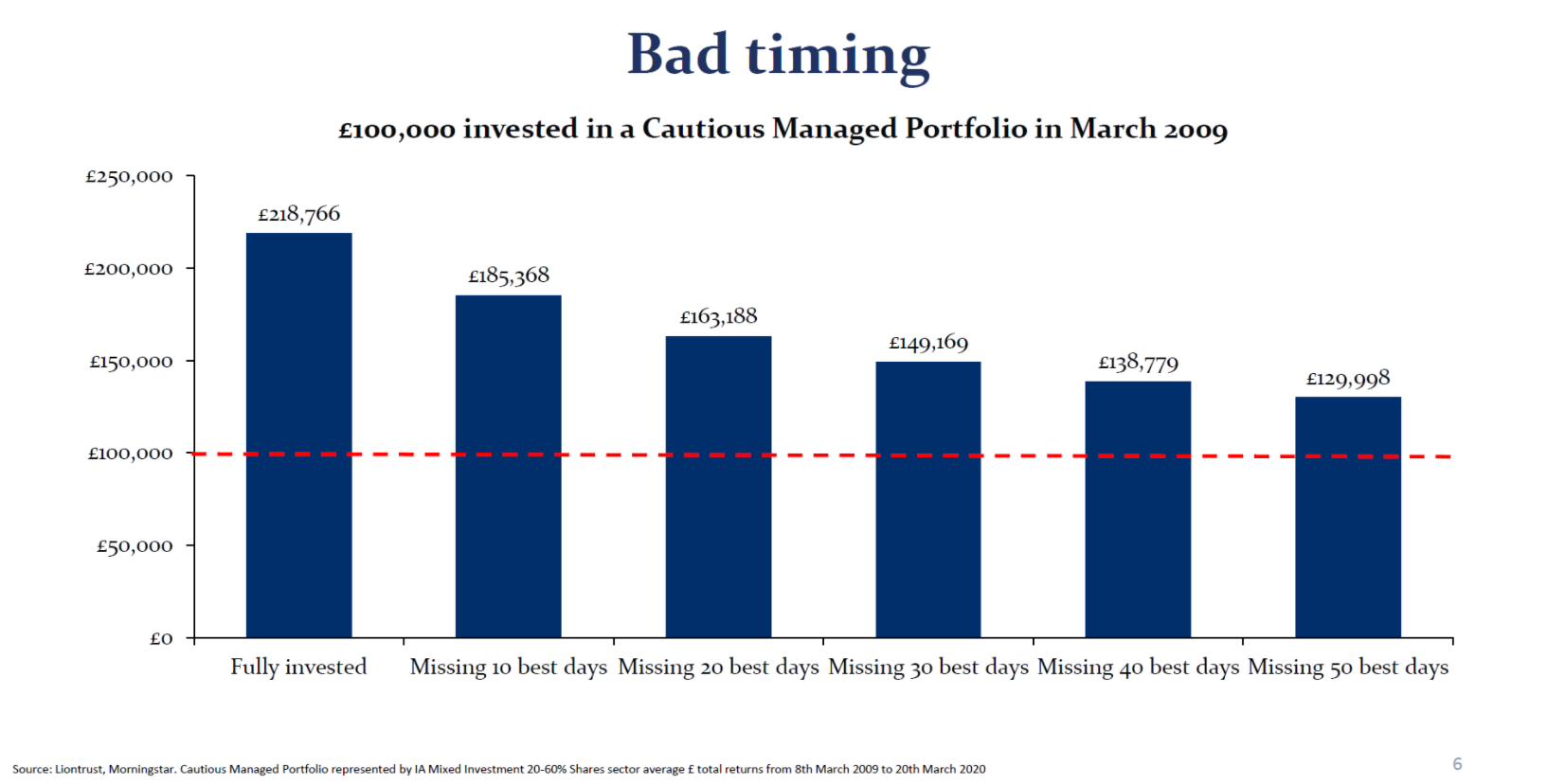 The interesting point is that 8 out of the 10 best days in this time period all occurred between March 2009 and September 2009 – in other words within the first 6 months of the rally after the 2008 crash.  Those clients who panicked, sold the funds into cash and then tried to buy back in again later were the ones who missed out in the long term.

The next slide also shows the importance of ‘time in’ not ‘timing’.  This slide shows the chances of investment gains improve over time.

Hopefully, these charts will help you to understand how markets have worked in the past.  I appreciate we are in ‘unprecedented’ times but the fact of the matter is that that certainty of returns only really exist in the long term, and so its this time frame that you must be focused on rather than the next day, week or month.

Credit and thanks go to Verbatim Asset Management for the production of the images.

About the Author: Brian Butcher

Brian Butcher is a Director at Ideal Financial Management Ltd and has been giving financial advice for over 25 years. He is also the Author of ‘10 steps to Financial Success - how to get the best life you can with the money you’ve got’ Available on Amazon at https://www.amazon.co.uk/10-Steps-Financial-Success-money-ebook/dp/B00DQYD5LS